Summary of Jagged with Jasravee Conversation

Neeraj Sharma, Head Strategic Planning @ Rediffusion  talks about interesting insights on new moms in India which he leveraged for developing campaigns for Johnson Baby products in India. The biggest mistake we make as a culture to forget the person and only see her as a mother. And most of the issues they face as a new mother is our judgement on them.

He talks about how they managed to re-invent Bisleri into a distinctive preferred purchase brand through the award winning Camel campaign after the brand had become a generic word for the category, and its strength had become its weakness.

He shares interesting thoughts on how to plan digital brand strategy using a digital consumer journey, and the role of digital activations. He shares an interesting case study on how to market to teenagers, insights on a teenager's life and how to deal with the problem of being judged.

On Johnson’s baby the key insight on New Mothers shared by Neeraj is that the biggest mistake we make as a culture is to forget the person and only see her as a mother. And most of the issues they face as a new mother is our judgement on them. It’s not a good feeling when she suddenly sees all the attention she got before the child-birth transferred to the kid. No one wants to see herself just a carrier of the child like a machine. Thing to remember is being a mother adds to a woman's personality. It doesn’t destroy who she is.

In case of Bisleri the business problem  was that it's strength had become its weakness. Bisleri became a generic name for bottled water and hence people became ok to have any bottled water  even if they ask for Bisleri.  So the key task was how can we convince them to have only Bisleri when they ask for it.

The campaign  addressed this issue with the theme that " Samjhdar jante hain har pani ki bottle Bisleri nahi" through the Mother  camel and baby camel commercial  which propelled it to  become the most trusted brand in India as per ET Brand survey. The Camel along with the green packaging made the brand distinctive.

Neeraj elucidated on the theme of distinctiveness quoting Byron Sharp who  says that "brand should strive for distinctiveness rather than differentiation" . He takes the example of Nike 's 'Just do it' and Adidas's   'Impossible is nothing'  which  have the same positioning but they are very distinct brands.

On digital , Neeraj quotes Les Binet and Peter Field and says that there should be 60:40 ratio for optimum effectiveness to achieve any large scale business results. 60 – Brand and 40 – Activation. It doesn’t mean TV is brand and Digital is tactical/promos/activation.

Neeraj talks about the story of Clean & Clear and  how the brand kept it real for the young teenagers, since the teenage audience sniggers at anything that is not them or relatable. The insight was that teens want to do so many things are but afraid of judgement

Across other countries the Clean & Clear communication is thematic while in India it is pretty functional. This is because of the brand status and life cycle in the country. 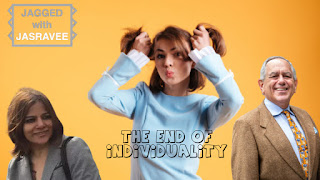